Posted on January 11, 2019 by Knichel Logistics 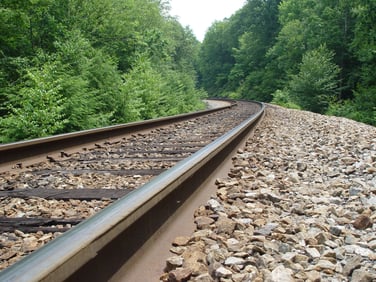 It looks like intermodal freight volumes may remain strong into 2019 (along with an anticipation of improved service) and it definitely looks like precision railroading is here to stay. Regardless of how you feel about this operating model, the late Hunter Harrison has definitely left a legacy by implementing his creation at the CN, CP, and CSX prior to his passing in 2017. Now the UP and NS are embracing it which means that IMCs, like ourselves, have to change our strategies alongside the railroads in order to work together seamlessly.

What is precision railroading anyway?

What changes are taking place?

We saw the precision railroading model take shape first in the U.S. with CSX. They began their initial round of lane cuts in October of 2017 under Harrison’s leadership. Harrison’s successor, James Foote, has continued on with PSR at CSX. There have been other rounds of lane trimming this past fall, and now most recently additional changes will be effective by February of 2019. To sum up the changes that have taken place over the past year and a half, the CSX network has been trimmed from over 1100 lanes to under 300 in total via PSR.

Now the UP (who is beginning its own PSR plan called Unified Plan 2020) and NS are changing their interchange agreements with one another beginning in January 2019, similar to a change made previously between the UP and CSX earlier this past year. The area of greatest impact will be Chicago again and involves the elimination of roughly 525 origin and destination interline pairs. This agreement involves minimizing the number of lanes where the rails will provide rubber wheel interchange along with streamlining the lanes where they will do steel wheel interchanges.

What does this mean for shippers?

As an IMC that will be dealing with a much smaller list of lanes with direct routing via the rails, our only alternative in some situations will be Rule 11 moves where we are handling the crosstown moves between rail yards ourselves with draymen. This adds an additional layer of complexity and cost by having to source drivers/power that are already in high demand in a congested area of the country.

If you are a shipper, our biggest piece of advice at this point would be to prepare now for the changes coming in the new year. Compliance is key in 2019. If you are under an intermodal volume contract, be advised that the rails are paying attention to volume commitments along with expiration dates of contracts. It is also advisable to be flexible with routing options and rate changes.

Now more than ever, predictable volume commitments are preferential to transactional ones when it comes to carriers accepting loads. And always, the more lead time you can give and the more information you can provide about your shipments, the better and easier it will be for IMCs to get your freight moved. As your strategic transportation partner, we are committed to handling the intricacies of these changes on your behalf with as few disruptions to your supply chain as possible.