A 3PL’s Value Proposition in an Increasingly Competitive Industry

Posted on January 19, 2017 by Knichel Logistics 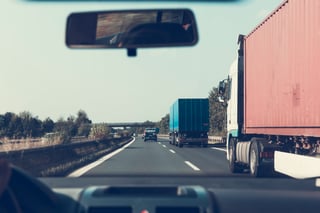 With the start of each new year, there’s always at least one or two (or more!) “major” events that will shake up the transportation industry and make the businesses operating in it fear for their very existence. We’ve seen giant steamship lines go under, lengthy port strikes, continuous warnings of driver shortages, crumbling infrastructure, steadily increasing congestion – granted, these were all disruptors in some ways and many still are, but the onslaught is never-ending according to the news. The latest and greatest threats that have been widely discussed this past year are the looming leviathans Amazon and Uber and the advent of driverless vehicles.

Both Amazon and Uber are in the process of launching initiatives that focus on connecting businesses that need to ship things with truck drivers directly. Uber Freight would work much like their current passenger program, but with freight on autonomous trucks instead of people in cars. Amazon’s service seems to be more targeted to meet their goal of becoming a global freight broker by cutting out the middleman via an app that matches trucks with shipments. It appears that their initial intent will be to work with current Amazon customers to see how this application works within their own network, then if successful, branch out to the broader business-to-business freight shipping arena.

It sounds all well and good to cut out the middleman, especially considering that brokers and third parties have had a longstanding reputation by some as unnecessary players in the transportation industry. But 3PLs DO provide value in multiple ways. First off, 3PLs are actually quite cost effective, even non-asset based ones. Aggressive pricing can be locked in based on the amount of volume a 3PL can acquire. Carriers would much rather be guaranteed a larger number of shipments from a 3PL than one or two shipments thrown to them sporadically. Having a steady stream of shipments keeps their trucks running so it makes sense for them to negotiate better pricing with a 3PL to ensure those loads are theirs. If Uber Freight functions anything like their ride sharing service does, they will likely charge a surge fee at their discretion. It also seems plausible that a hands-off approach to pricing via an app in a dynamic marketplace won’t get you the best deals if you have multiple loads to ship. So long story short, it’s expected that long term and volume freight likely won’t be affected by Amazon and Uber but they will probably take spot market freight that does not require any type of white glove service away from brokers and 3PLs.

3PLs work with their carrier network to provide them shipments that reduce their empty miles and as a result, drive down costs that are then passed on to the customer. This is easily accomplished because most 3PLs (the good ones) have the technology and visibility internally to allow them to create shipping efficiencies. There are also instances in which 3PLs can help you avoid extra charges that can arise if you do not have an advocate handling the tedious aspects of ensuring smooth shipments, such as scheduling pickup appointments or making sure that the truck has a liftgate if the delivery site does not have a dock. Technology continues to surpass our expectations on a regular basis, but not every element of a complicated supply chain can be accounted for in an app – at least not in the near future. Getting a person from point A to point B is a much simpler process than moving freight, therefore the things that a human broker handles are vital in smoothing out difficulties that can, and often do, occur along the way.

A good 3PL will take the time to learn the intricacies of your business in order to create a seamless experience for the customer. They will also have access to a wide and vetted network of carriers that have been tested and proven reliable. While Amazon and Uber may put processes in place to ensure a good selection of carriers, it is highly likely that it will begin as a free-for-all with you not knowing the quality of the carrier responsible for moving your freight. And it can be pretty much guaranteed that a company devoted to transitioning the role of human beings into an app will likely not care to know anything about your business or the product that you ship. At this early of a stage in their development, it is hard to imagine how services such as Amazon and Uber, that seek to cut out critical processes, will actually provide value in the end beyond giving you a price and a truck at your door.