Time is flying! We’re already a third of the way into 2017, so it’s never too late to start preparing for peak season. 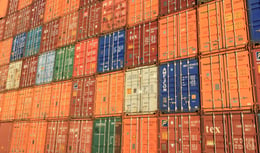 Historically, the largest peak season takes place into and out of both southern and northern California and occurs between the months of August and December – although other markets have peak seasons at other times of the year for a variety of reasons. One thing to note is that peak seasons differ year to year in regards to densities of volume shipped, meaning that some years tighten freight capacity more than others. We generally see significant upticks in August. This is when shippers are starting to ramp up for the Christmas rush and imports typically from China are coming into the LA area ports. Another uptick occurs in October when you start to see the impact of commodities in high demand for the holidays, such as rice, wine, etc., being heavily moved.

If you are concerned about ensuring that you have capacity during any of these times, it would be prudent to consider locking down an intermodal volume contract with the railroads via Knichel Logistics.

Knichel Logistics currently offers a program, in conjunction with the railroads, to its customers that ship a consistent year-round volume in which they receive a locked in yearlong rate and are ensured equipment availability for their projected weekly volume during peak season. This yearlong rate includes the commitment for the peak season allocation. In order to be eligible for a contract, there has to be enough volume to justify it and your market needs to have a peak season. So let’s say that you enter into a contract with Knichel Logistics and the rail provider and that you ship 8 loads per week during non-peak months. The railroads usually offer a 10% buffer, so you would likely be allocated 9 containers per week during peak.

Now you may be asking “What happens if I exceed my container allotment during peak season?”.  We typically do not encounter that very often, but it needs to be noted that the rails will only commit to that allocation and nothing beyond it. Returning to the scenario above, if that customer has a 10th shipment during peak and are not a heavy peak season shipper, it will be very difficult to move that shipment under tightened capacity because the rail will not put that 10th load at the top of the priority list like they did for shipments 1-9 for that customer allocation. For customers that are very heavy peak season shippers, meaning that they ship more volume during peak than they do year-round, they will likely be subject to a surge surcharge above their allocation.

As with most things, there are lots of benefits with volume contracts, but also some things to consider.

Despite the few potential drawbacks that might come with undertaking an intermodal volume contract, many shippers feel that the peace of mind knowing that they won’t have to worry about capacity or spot market volatility is worth every penny. Feel free to reach out to us if you are interested in an intermodal volume contract as a potential shipping solution for your volume freight needs.