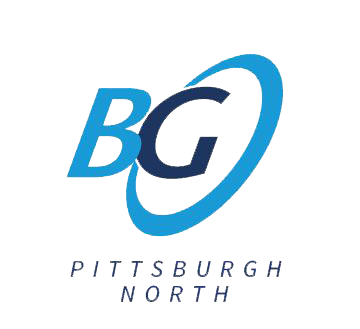 The Basics of LTL:  A Simple Overview

Posted on December 06, 2016 by Knichel Logistics

Let’s face it. Less than Truckload shipping is complicated! There also aren’t a lot of reliable resources out there in order to un-complicate it. Especially not in the same place. So…let’s start here and begin with the basics. What is less than truckload? While carriers can each define what a less than truckload shipment is specific to their own particular rules and tariffs, a standard broad-based definition of LTL is twofold:

If your freight meets those two criteria, congratulations! You have yourself an LTL shipment. But maybe you’re looking over a bill of lading and you’re thinking to yourself, “Wait. I have a shipment of ping pong balls that only weigh 5,000 pounds and take up 15 feet of floor space in the trailer. That’s close enough to be an LTL shipment, right?” Wrong! That would actually be classified as partial/volume or truckload and would have been a pricey mistake to classify as LTL. But we’ll come back to that can of worms (classification that is) in a later post, so hold tight.

Types of LTL Carriers and How They Work

Now that we’ve determined what is and what is not LTL freight based on a general definition, let us next think about how to coordinate our LTL shipment with a carrier and how carriers work. There are many different types of LTL carriers and they are generally classified by how much of the country they serve such as nationwide, super-regional, regional, intrastate and niche. So for instance, if your shipment is located on the west coast and needs to make it to the east coast, you would want to select a nationwide or niche carrier.

LTL carriers make their money by loading numerous shipments on the same trailer. A typical LTL shipment can and usually will be handled (loaded and unloaded) several times during the duration of its transit. The majority of LTL carriers run on a set schedule, much like a bus or plane schedule. The loads are moved in certain lanes at the same time each day. Moving on a schedule means that a trailer must complete loading by a specific time so that it can depart on schedule and arrive at the destination terminal in time to unload or transfer the freight to another trailer for delivery according to the carriers’ standard transit times. “Standard transit time” is the carrier’s advertised estimate for travel days to destination including the day of scheduled delivery. The day of pick up is considered “Day 0”. The day following pickup is “Day 1”, and so on and so forth. Weekends and holidays, however, are not included in transit days. As an example, a shipment picking up on Friday (Day 0) with a three-day transit time should deliver on Wednesday (Day 3).

So let’s say you have your LTL shipment in hand and would like to get it on the road, but want some additional 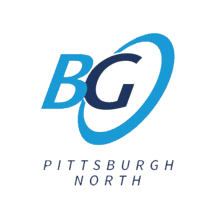 questions answered, a list of competitive rates, or maybe you would even like to play around on your own to find some different carriers to fit your needs AND are looking for just one place in which to do all of this. I would be remiss to not point out that BlueGrace Logistics Pittsburgh North has an incredibly easy, essentially self-serve system in place that can accommodate all of those requests. Our BlueShip system is an online tool that we describe as an “Expedia” for freight.

You put in limited information and an entire list of possible carriers and rates pop up! You can rate and book a shipment within 5 minutes. You also have the ability to save rates and shipments if you are not quite ready to fully commit the load. Address books, products, and special instructions can also be saved so that you never forget a contact name, number, or that a receiver needs a lift gate for delivery. Everything that is needed for a shipment has a red indicator next to it, making it extremely easy to know exactly what information you need for each part of the process. It’s truly an impressive system that anyone who ships LTL should explore, whether you want to save time, money, or have a greater handle on your own shipments.

Stay tuned for more information on LTL coming your way! We have barely scratched the surface when it comes to the intricacies of LTL shipping and our goal is to demystify the process for you.