What's the Deal with Blockchain? 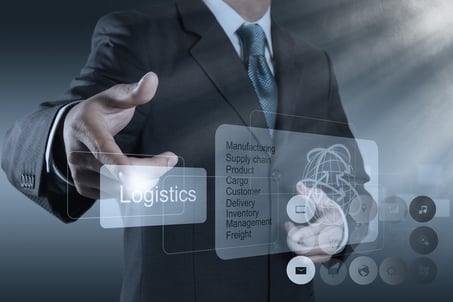 By now you've likely heard a lot about blockchain in passing, but may not know what it is. To be honest, I assumed that it was something only used in relation to cryptocurrencies, such as bitcoin, but it actually has a very practical application in the world of transportation. So what is blockchain and why should we care about it?

Blockchain was invented in 2008 in order to run the cryptocurrency bitcoin as its public ledger of transactions. It is decentralized (data is stored across a peer-to-peer network), meaning that any changes made along the blockchain are visible to all. This lack of centralization makes it hard to exploit by hackers and has the potential for a wide array of other applications beyond cryptocurrencies and financial transactions.

How could blockchain be used in transportation?

In some instances, blockchain technology is already being used in the food supply chain. However, let's take a look at the recent outbreak of E. coli from contaminated romaine lettuce as an example in which this technology could have proved beneficial if utilized. The CDC believes that the lettuce originated in Yuma, AZ however they are not entirely certain who grew the lettuce. The initial CDC announcement was made on April 10th, thus it has been over 3 weeks with still no idea as to which farm grew the lettuce.

If blockchain technology were being used in this particular supply chain, we would have known everything about the contaminated lettuce nearly immediately. How? For starters, every single step of that product's movement from the farm, to the processing plant, to the truck/train it was hauled on, to the grocery store, would be recorded within the digital ledger of the blockchain. The traceability aspect alone would create a far more efficient and safer food supply chain.

Because the blockchain was not used in this instance, weeks have gone by without a concrete answer as to the source of the contaminant and people are continuing to fall ill. Basically the only thing that has been advised is to not eat romaine lettuce until the outbreak is over, which is obviously detrimental to the livelihood of the growers of romaine lettuce.

In conclusion, the outlook for blockchain technology's benefits within the supply chain looks quite positive. This has the potential to be a revolutionary way to improve reaction time in the event of an outbreak and could be useful in preventing food waste.