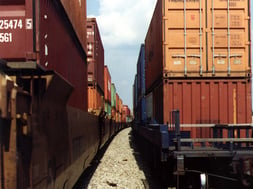 It's always a good idea to delve into the differences between various modes of transit because it simply makes sense to give yourself options. It is fairly easy to slip into complacency and just keep shipping the same way each and every time. But doing so could be costing you money. Since we just discussed the intermodal value proposition last week, let's take a look at some of the differences between motor carrier and intermodal shipping.

There are several more differences which are listed in our Ultimate Intermodal Guide, along with some things to keep an eye out for when shipping intermodal. If you haven't already downloaded our guide, feel free to do so here:

Here's a recap of our most informative intermodal posts, in case you missed them!